The island is located about one kilometer (0.6 miles) off the country’s northwestern coast, at the mouth of the Couesnon River near Avranches and is 7 hectares (17 acres) in area. 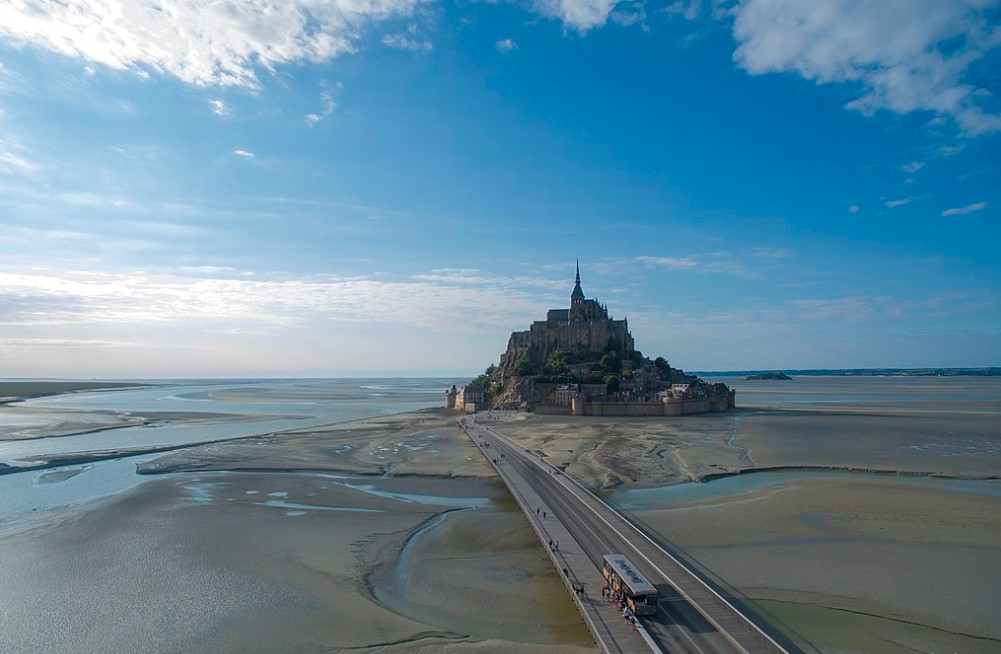 How does the name come from?

Since the 8th century AD the island has been the seat of the monastery from which it draws its name. The structural composition of the town demonstrates the feudal society that constructed it: on top, God, the abbey and monastery; below, the great halls; then stores and housing; and at the bottom, outside the walls, houses for fishermen and farmers.

One of France’s most recognizable landmarks, visited by more than 3 million people each year, the Mont Saint-Michel and its bay are on the UNESCO list of World Heritage Sites. Over 60 buildings within the commune are protected in France as monuments historiques.

According to the data of Wikipedia before the construction of the first monastic establishment in the 8th century, the island was named Mont Tombe. And according to a legend, the archangels Michael appeared in 708 and build a church on the rocky islet.

You only have to watch the video to imagine its beauty.