We are preparing for you top 10 most beautiful places around the world that are very admirable. Nature is the only phenomenon that we can’t stop admiring and relaxing. The places are pleasant not only for visiting but also just watching. After reading our article, don’t forget to inform us, from this places where you have been, and which one you like more.

Salar de Uyuni is the world’s largest salt flat at 10 582 square kilometers. It is in the Daniel Campos Province in Potosí in southwest Bolivia, near the crest of the Andes and is at an elevation of 3 656 meters above sea level. Salar de Uyuni attracts tourists from around the world. As it is far from the cities, a number of hotels have been built in the area.

Mù Cang Chải is a rural district of Yên Bái Province, in the Northwest region of Vietnam. Every year, during grain season, thousands of tourists and photographers go to mountainous areas in Northern Vietnam for the most scenic rice terraces in the world. Mu Cang Chai (Mù Căng Chải), Yen Bai province, is one of most attractive destinations of all. 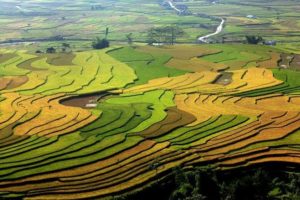 It’s like you are in the heaven. Ashikaga Flower Park is one of the most beautiful and startling places. Ashikaga Flower Park has more than 350 wisterias, at their peak in spring when the Park’s variable entry fee is the highest. There are various colors of wisteria to be seen, such as pink, purple, blue, and white-lavender being the most plentiful when flowering. 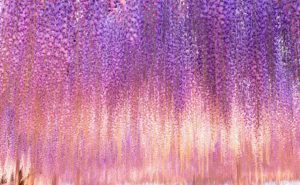 Palawan is the largest island in the Palawan Province, in the western Philippines. Palawan Island has been rated as World’s Best Island 2015 and was also rated as World’s best island in 2013. Palawan, a hidden piece of paradise that was recently named The Best Island in The World in the Travel. So, it is considered as one of the most beautiful places around the world.

Milford Sound is a fiord in the southwest of New Zealand’s South Island. Described by Rudyard Kipling as the “eighth wonder of the world”, Milford Sound was carved by glaciers during the ice ages. The fiord’s cliffs rise vertically from the dark waters, mountain peaks scrape the sky and waterfalls cascade downwards from as high as 1000 meters.

Snæfellsjökull is a 700,000-year-old glacier-capped stratovolcano in western Iceland. The name of the mountain is actually Snæfell, but it is normally called “Snæfellsjökull” to distinguish it from two other mountains with this name. The mountain is included in the Snæfellsjökull National Park. In August 2012 the summit was ice-free for the first time in recorded history. 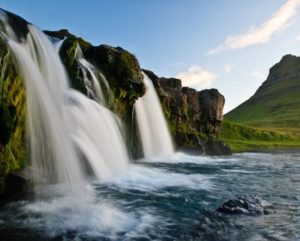 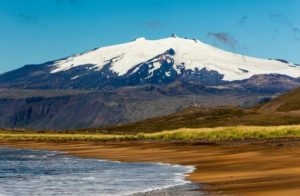 Grand Canyon National Park, located in northwestern Arizona, is the 15th site in the United States to have been named a national park. The park’s central feature is the Grand Canyon, a gorge of the Colorado River, which is often considered one of the Wonders of the World. Watching the video, it is clear that National Park is one of the most beautiful places of the world. 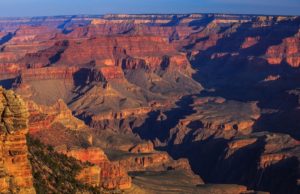 Keukenhof, also known as the Garden of Europe, is one of the world’s largest flower gardens, situated in Lisse, South Holland, Netherlands. According to the official website for the Keukenhof Park, approximately 7 million flower bulbs are planted annually in the park, which covers an area of 32 hectares (79 acres). This heaven field is considered one of the most beautiful places around the world. 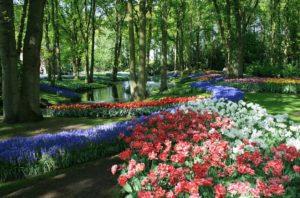 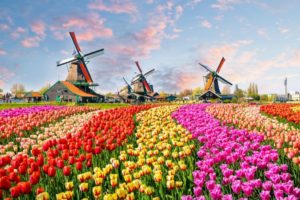 Bryce Canyon National Park, a sprawling reserve in southern Utah, is known for crimson-colored hoodoos. The major feature of the park is Bryce Canyon, which despite its name, is not a canyon, but a collection of giant natural amphitheaters. The place attracts many tourists and always has been the center of the tourists’ attention.

The Great Pyramid of Giza (also known as the Pyramid of Khufu or the Pyramid of Cheops) is the oldest and largest of the three pyramids in the Giza pyramid complex bordering what is now El Giza, Egypt. It is the oldest of the Seven Wonders of the Ancient World, and the only one to remain largely intact. This is not only one of most beautiful places but also historical one. 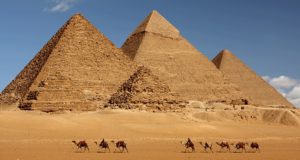 Top 10 Facts About Largest Moon of Pluto – Charon
Top 10 Most Dangerous Bridges Around the World
Top 10 Richest Men in the World 2018
Top 10 Hardest-Working Countries Around the World
How to Change Our Life and Live Better Without Wasting the Time?
Top 10 Known Largest Exoplanets in The Universe
Top 10 Facts Aliens Exist
Why Tourists Like to Visit Puerto Vallarta?