Speaking about the concepts of cars, today we will introduce you BMW iNEXT concept vehicle.

The German automaker has now finally unveiled the concept iNEXT vehicle on which the 2021 production version will be based.

“Even though BMW has been teasing the vehicle for years, very little was known about it until now beyond the fact that it is an electric and partly autonomous vehicle inspired by the recent Vision NEXT concepts unveiled by the German premium brand over the last few years”, states www.electrek.co.

According to the head of BMW’s sales and marketing Ian Robertson the BMW iNext would be competitor in the segment.

Harald Krüger, Chairman of the Board of Management at the BMW Group, said about the unveiling of the iNEXT: “The iNEXT project will provide our building blocks for the future, from which the entire company and all of its brands are set to benefit.”

BMW said that “the series-produced version of the BMW iNEXT concept will assume the role of a new technology flagship; production at Plant Dingolfing is slated to begin in 2021.”

As we have been informed, BMW doesn’t give us more detailed info about the specifications.

“We learned about lightweight construction, new ways of producing vehicles, about making cars look light, which is what we did with the floating C-pillars. I think the whole design of the first two i products, the i8 and i3, opened a door that we didn’t even know was there.” said BMW Group design boss Adrian van Hooydonk. 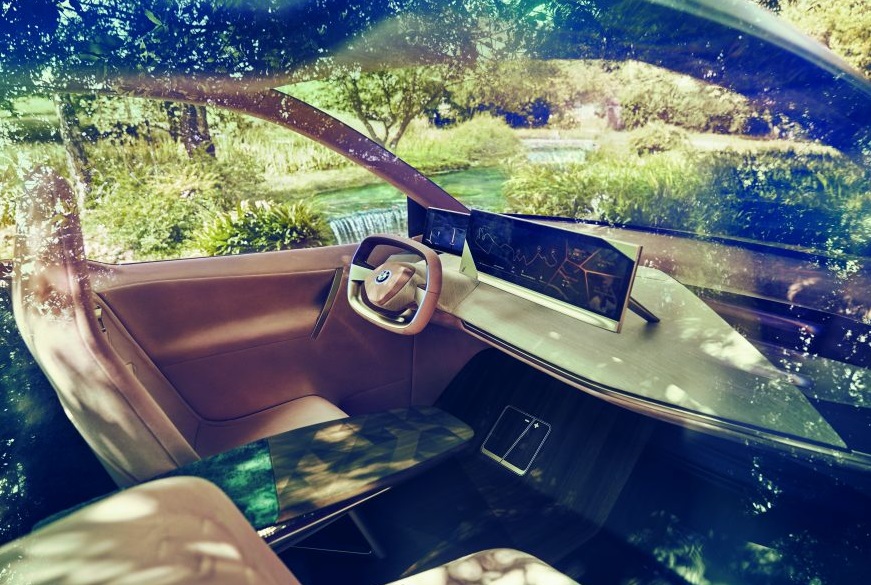 “You’ll see that this year and next year, when we launch seven new BMWs. We’ve seen some already, like the Z4, and we’ll see more like the X5 and X7”.

After watching the video below, let us know what you think about 2021 BMW Vision iNEXT.